After this year, you might have to wait a bit for the next big Call of Duty game. According to Bloomberg, Activision is delaying the release of Call of Duty 2023 because Vanguard “failed to reach” sales objectives. Executives are said to be concerned that they are releasing games in the franchise too quickly and that Black Ops Cold War may have snuffed out some desire for the newest game. Sales of the commercial releases may have been influenced by the free-to-play Warzone.

Activision is rumored to be working on a new free-to-play online game as well as a plethora of extra content for the flagship Call of Duty game, which is set to release in late 2022.

Treyarch is rumored to be working on the postponed game and would assist with the free-to-play component. According to the sources, the delay is unrelated to Microsoft’s acquisition of Activision. That transaction isn’t scheduled to be completed until 2023.

In a statement to Bloomberg, the publisher did neither confirm nor deny the delay. Instead, for 2022, 2023, and beyond, the spokesman promised an “exciting lineup” of paid and free Call of Duty “experiences.” According to the official, Activision will reveal additional information when the “time is perfect.” This year’s release is an Infinity Ward-developed follow-up to the 2019 Modern Warfare remake, which was announced earlier this year.

The suspected delay comes as Ubisoft is rumored to be converting an Assassin’s Creed Valhalla expansion into DLC in order to bridge the gap between Valhalla and the online-focused Infinity. While the causes for the shifting calendars are different, there is one thing in common: both large publishers are battling to keep their trademark franchises’ annual release dates. There’s no assurance that the firms will slow their releases from now on, but they might not be as predictable as they have been in the past. 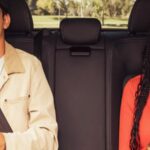