For the first time, Coco, a startup that delivers food through delivery bots, has gone beyond its home base of Los Angeles. As part of a nationwide launch, the service is now available in Austin. In the next months, Coco plans to introduce its robots to Dallas, Houston, and Miami.

The business claims that since its launch in 2020, hundreds of delivery bots have been deployed across Los Angeles, covering all of the city’s major neighborhoods. Coco claims to save consumers money and deliver food 30 percent faster than traditional methods, with a 97 percent on-time delivery rate. At the outset, it partnered with ten Austin eateries and franchises and will deliver in the South Lamar and South Congress neighborhoods.

Other robot delivery services — such as Yandex, Serve Robotics (a former division of Postmates), and Nuro — have adopted the self-driving approach. Coco’s robots, on the other hand, are controlled by employees who work from home. 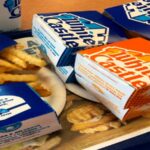