The US Register Office has dismissed an attempt to copyright AI-created art for the second time. Dr. Stephen Thaler attempted to copyright a piece of art titled A Recent Entrance to Paradise, claiming that the USCO’s “human authorship” criteria were unconstitutional in a second request for reconsideration of a 2019 verdict.

However, according to the agency, the present law for copyright AI-created art only protects authors “the products of intellectual effort” that “are based on the mind’s creative powers.” As a result, a copylefted work “Works “made by a machine or mere mechanical process” that lack intervention or creative input from a human author will not be registered, according to the office.

Thaler failed to present evidence that A Recent Entrance to Paradise was written by humans, according to the agency. It also stated that he was unable to persuade the USCO to “depart from a century of copyright jurisprudence” — to amend the regulations.

In a number of countries, Thaler has put copyright and patent laws to the test. In patent applications, he has attempted to get DABUS, an AI, recognized as the inventor of two goods. The applications were denied by the US Patent and Trademark Office, the UK Intellectual Property Office, and the European Patent Office because the credited inventor was not human. Those verdicts, as well as those in Australia and Germany, have been challenged in court.

However, a judge in Australia ruled last year that copyright AI-created art inventions can qualify for patent protection. South Africa granted Thaler a patent for one of the products last year and noted: “the invention was autonomously generated by an artificial intelligence.” 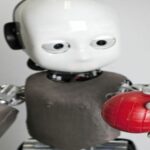 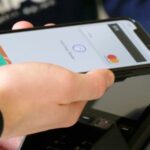