This article will show how Online Shopping adds to the Global Abandoned Clothes Problem. Your used clothes might go straight in the dump, or they might travel the world before being burned in an open fire. Here’s why.

I helped at a local Saint Vincent de Paul day centre a few years ago, and among the clients were many folks who lived on the streets nearby. My duty was to go through a mountain of donated clothing, looking for bright blouses, tailored jackets, and other treasures that might benefit the charity’s poor clients.

However, not every item was worth offering to customers. Those items, which included a soiled Gap T-shirt here and a badly ripped pair of jeans there, were thrown away in a dumpster.

More used clothing is being thrown away. We’re buying more fast fashion, which comes and goes in a flash. During the epidemic, overall clothing sales plummeted, while e-commerce apparel sales climbed significantly. We needed to make room for the new items, so we cleaned out our closets and donated to various charity during our time at home.

Your donated garments, which you believed would find a new home in your community, could end up being recycled into industrial rags, carpet padding, or house insulation. They’re sometimes delivered in bundles to Ghana, Uganda, Malaysia, and other countries, where shopkeepers pick through the clothes for prizes.

The cycle is being fueled by e-commerce. According to Digital Commerce 360, internet sales will account for nearly half of all garment purchases by 2021. E-commerce apparel sales increased by 25% to $181 billion in that year.

When shopping online, people frequently purchase more clothing than they intend to retain. In 2021, more than half of buyers informed Narvar, an e-commerce customer service provider, that they buy many sizes of the same product with the intention of returning the ones that don’t fit. Some companies even allow consumers to retain things that don’t fit, allowing them to donate or throw away even more clothing.

Though it’s tough to measure, e-commerce looks to be driving more clothing purchases, according to Neil Saunders, a GlobalData retail researcher. According to him, online shopping has exposed buyers to more brands than they would see in their local mall and allows them to shop at any time of day.

“There is greater impulse buying when there are more opportunities to shop,” Saunders said of clothes.

Here are four possible outcomes for the clothes you’re getting rid of.

Recycled, but not into new clothes

Your old cheerful rags might turn into genuine rags. According to the Secondary Materials and Recycled Textiles Association, or SMART, recyclers buy old garments and transform them into rags for auto cleaning, furniture filling, and automotive soundproofing. Fiber recyclers sometimes collect old clothing directly from donation bins in parking lots or purchase them from organizations.

According to Jackie King, president of SMART, that may not be the outcome that clothes donors want for their old pants.

“They basically expect the stuff to be put back out on the shelf,” she explained. “It doesn’t always work out that way.”

However, King stressed the benefits of fiber recycling. Because fewer new textiles are required to make those things, fewer natural resources are utilized. Fiber recycling also helps organizations that sell clothes to recyclers by preventing them from being burned or ending up in landfills.

Rarely are old clothing repurposed into new ones. Because most products are constructed of a mix of natural and synthetic fibers, it’s tough to dismantle them and replace them with new fabric.

In far-flung street markets for sale
Secondhand garments from the United States are on sale everywhere in an outdoor market in Accra, Ghana. Similar products can be found in other African countries. Importers purchase large bales of worn clothing and sell them to shops, who sort the garments according to their condition. The bales come from textile recyclers or nonprofits that gain money by selling the bales to fund their operations.

The influx of old clothing does not sit well with everyone in the importing countries, partly because it competes with local producers. The imports were attempted to be banned by a group of four east African countries to safeguard their native textile businesses, but only Rwanda kept the embargo after the US threatened tariffs on the countries’ apparel exports.

Clothing can also pose a threat. Unusable clothing overflowed from landfills and polluted Accra’s open fires, according to research by the OR Foundation, a group fighting for better fashion standards in the US and Ghana.

According to the US Environmental Protection Agency, Americans discarded 9 million tonnes of clothing and shoes in 2018. Even if you give the apparel, it may wind up in a landfill.

Clothes that are sent abroad are likewise trashed in large quantities. Buyers take a chance on each bale because they can’t inspect it item by item. If they don’t like what they get, it will most likely be thrown away. According to the OR Foundation, 40% of imported clothing is discarded. According to a report from the Australian Broadcasting Corporation, mountains of clothing contributed to a massive landfill fire in Accra in 2019, and lengthy ropes of entwined clothes frequently wash up on Ghana’s beaches. 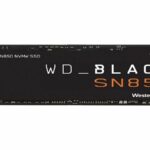