On January 18th, Microsoft stunned the tech and gaming worlds by announcing that it will acquire Activision Blizzard in a $68.7 billion deal, the largest in gaming history. Activision Blizzard, one of the most storied game studios on the planet, had been dealing with a slew of scandals for months, including a lawsuit filed in California accusing the company of creating a culture of “constant sexual harassment,” an explosive Wall Street Journal report alleging that CEO Bobby Kotick was both aware of the harassment and had been accused of mistreatment by women, and labor protests from Call of Duty employees.

The initial conversation about an acquisition happened between Spencer and Kotick on November 19th, just three days after the WSJ’s report about the Activision Blizzard CEO and a single day after Spencer said told Xbox staff he was “deeply troubled.” It might have even come up as part of the same conversation.

“In the course of a conversation on a different topic between Mr. Spencer and Mr. Kotick, Mr. Spencer raised that Microsoft was interested in discussing strategic opportunities between Activision Blizzard and Microsoft and asked whether it would be possible to have a call with Mr. Nadella the following day,” the document reads. The next day (a Saturday), Microsoft CEO Satya Nadella was apparently more explicit, indicating that “Microsoft was interested in exploring a strategic combination with Activision Blizzard.”

That began nearly two months of discussions between Microsoft and Activision Blizzard about what would become the purchase disclosed on January 18th, and you can read the entire blow-by-blow beginning on page 31 of Activision Blizzard’s filing. (Begin with the copy of the document placed at the bottom of this article.) I’ve always been curious about what goes on behind the scenes to pull off mega-mergers like this, and the document sheds some light on the backroom dealings that went into putting this transaction together.

In addition to Microsoft, Activision Blizzard was in contact with four other firms and one individual regarding a deal, which I found interesting.

Disappointingly, they are only named as companies A, C, D, and E, and the individual is named as “Individual B,” so we don’t know who else could have ended up owning Call of Duty.

None of those deals went through for various reasons — Company E, for example, said it couldn’t do a full acquisition of Activision Blizzard — and Microsoft was rapidly and aggressively pursuing its deal, getting the terms together before some other companies had even entered the picture.

While mergers like these aren’t usually actively blocked, we do have a recent example: Due to regulatory issues, Nvidia’s $40 billion deal to buy Arm from SoftBank fell through. The failed merger “represents the first abandonment of a litigated vertical merger in many years,” according to the Federal Trade Commission (FTC), which sued to stop Nvidia’s acquisition of Arm. While Microsoft claims it is still early in the Activision Blizzard transaction — “we’re not yet at a place where we’re getting any significant feedback [from the FTC],” Microsoft president Brad Smith told reporters, according to CNN – the FTC and other regulatory authorities could intervene at any time.

While Kotick is expected to leave the company if the deal goes through, the document also shows that he’ll walk away with a huge fortune in either case: with 4,317,285 shares in Activision Blizzard, he stands to gain $410,142,075 based on the $95 per share Microsoft plans to pay — and he also has a $14,592,302 “golden parachute” if he decides to stay and Microsoft pushes That doesn’t include his 2.2 million stock options, which may be worth hundreds of millions of dollars more depending on the cost of exercising them.

The paper also states that Call of Duty: Vanguard, the mega-popular series’ annual release in 2021, underperformed and missed its fourth-quarter estimates. 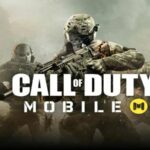