This article is about Carbon Nanotubes Based True Random-Number Generator. Researchers have developed a real random number generator that could improve the security of printed and flexible electronics, according to the researchers. It was created using a static random-access memory cell produced with carbon nanotubes containing ink. Random bits are generated by the memory cell using thermal noise fluctuations.

Random numbers are the foundation for encryption keys that keep personal gadgets secure, thus generating them within an electronic device is vital. Many electrical devices have hardware components that are specifically built for this function.

It’s also feasible to use software to produce random numbers. Software-based random number generators, on the other hand, are referred to as “pseudorandom.” They generate a string by starting with an initial integer, or seed, and using a mathematical calculation. The resulting pattern isn’t completely random, and if hackers figure out the seed, they can repeat it.

Hardware-based “true” random number generators are thus the gold standard for security, but they can be big, stiff, and costly to produce. They frequently use lasers and photon detectors to generate random bits based on unpredictable physical processes. As a result, they aren’t a good fit for flexible and printed electronics, which fall behind other devices in terms of security.

Mark Hersam, a Northwestern University nanomaterials expert, believes his team’s new carbon nanotubes generator might be used in wearables, tiny sensors and tags, throwaway labels on products like milk cartons, or even smart clothes. It might even be printed directly into packaging with inkjet printers to encrypt data or verify that products have not been tampered with.

Hersam’s team began developing their generator with semiconducting single-walled carbon nanotubes, which, like graphene, became an early audience favourite in scientists’ continuous search for innovative semiconducting materials. Under Moore’s Law, silicon transistors are nearing the end of their enchanted existence; according to one recent report, this might happen as soon as 2021.

However, Mario Stipcevic, a researcher at Croatia’s Ruer Bokovi Institute, points out that quantum random number generators, on which he has previously worked, can already fit into a 20 by 20 millimeter area, making them small enough to sew into clothing or squeeze into a connected device.

Hersam’s team was required to generate a string of random bits with their SRAM cell once it was printed. They used a pair of inverters contained in every SRAM cell to do this. In normal operation, an inverter’s job is to flip any input it receives to the opposite, such as from 0 to 1, or from 1 to 0.

Then, as soon as the SRAM cell was powered up again and the external voltages were turned off, one inverter flipped its digit back to its opposite twin at random. “In other words,” Hersam explains, “we place [the inverter] in a situation where it will desire to switch to either a 1 or a 0.”

Hersam’s group had no control over the nature of the switch under these circumstances, such as which inverter would flip and whether that inverter would represent a 1 or a 0 when it occurred. Those parameters were based on a phenomenon assumed to be genuinely random: thermal noise fluctuations, which are a sort of atomic jitter found in circuits.

There’s no way to forecast how much and what kind of noise will be present at any given time, and the amount and type of noise at any given time dictates which bit the inverters will spit out. The first bit generated as a result of this operation is then used as the first number in a sequence. “If we keep resetting the cell and forcing it to take a stand, it will.”

It’s feasible to generate a string of random bits from a single cell or run numerous cells in parallel to build a string more quickly using this method, which is inspired by Intel’s method for generating random numbers in silicon. In their testing, Hersam’s team did not optimize for speed, therefore the SRAM cell they printed only generated a few bits per second.

That speed (or lack thereof) is a huge issue for Stipcevic. Hersam, on the other hand, is optimistic that his team will be able to speed up the process. “I believe we can achieve a million-fold improvement once we’ve optimized for that parameter,” he says.

His team’s generator has generated a total of 61,411 bits. They separated the stream into 56 smaller sequences of 1,096 bits to determine real randomness and then ran those sequences through statistical tests developed by the National Institute of Standards and Technology (NIST). Nine of the tests were passed by the generator.

NIST gives a total of 15 randomness tests, and many researchers utilize strings with a million or more bits to complete them, according to Stipcevic. According to Hersam, his team worked with NIST personnel to determine which tests would yield relevant findings based on the number of bits collected.

Other issues with Hersam’s work are raised by Stipcevic. According to him, the study team can’t say whether thermal noise is genuinely random or whether the nanotube generator would work properly if bent repeatedly in a flexible device like a wearable. To prevent developing a nonrandom pattern, Stipcevic believes it would be critical for the group to ensure that all charge was withdrawn from the inverters between each cycle.

“The measurement and quantification of thermal noise as a source of unpredictability is a well-documented occurrence,” Hersam says, adding that his team prevented any remaining charge by extending the duration each SRAM cell spent in its resetting phase.
so Carbon Nanotubes can generate random numbers accurately, that seems great. 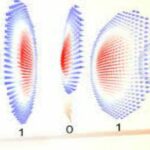 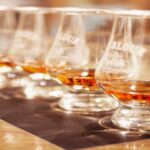