This article is about how researchers are working on the robots social skills. While movie robots are notorious for assisting (or hindering) humans, they have very limited social abilities in the real world. According to a new article from MIT’s CSAIL computer science lab, researchers are attempting to correct this by teaching robots how to communicate with other robots in order to promote their own aims. The findings could lead to better human-robot interactions in assisted living institutions, as well as help psychologists better quantify human-human social interactions.

The researchers used a synthetic 2D environment to explore these interactions, allowing virtual robots to pursue both social and physical goals. A physical aim, for example, could be to navigate to a tree at a specific place on a grid.
The robot is awarded for activities that move it closer to its objectives, with a corresponding reward for assisting and an opposite reward for hindering. The researchers constructed three sorts of robots: one with only physical aims, another with both physical and social purposes, and a third that thinks all robots have only physical goals. The third thing is that everyone else has social and physical goals, allowing them to do more advanced activities such as collaborating with others to attain a common goal.

Even young infants seem to understand social interactions like helping and hindering, but we don’t yet have machines that can perform this reasoning at anything like human-level flexibility.

With all three types of robots, the team devised 98 different situations. Twelve people had to assess the physical and social goals after watching approximately 200 video recordings of the robots interacting. “Their model corresponded with what individuals felt about the social interactions that were occurring in each frame in the vast majority of cases,” the researchers said.

The researchers anticipate that their findings will serve as a “benchmark” for future research into similar social interactions. They then intend to construct a more complicated environment with 3D agents that will allow for a wider range of interactions. The ultimate goal, according to senior author Andrei Barbu, is to “dig deeper into the human component of this” rather than simply teaching robots how to engage more socially. 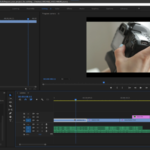 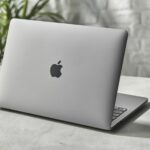