In the sense that you may construct a robot that can transition from one shape to another using rigid components and actuators, robots have a variety of techniques to modify their shapes. However, such a system is inherently complex, requiring a large amount of mass as well as a large amount of energy to switch to and then maintain the desired shape.

We read a handful of articles this week that highlighted various shape-shifting robotic systems that rely on smart origami-inspired designs to rapidly transition between multiple configurations, getting the most usability out of the least amount of gear.

The first work, “Shape Morphing Mechanical Metamaterials Through Reversible Plasticity,” published in Science Robotics by Virginia Tech researchers, shows a composite material that can transition from a flat sheet to a complicated shape by using a phase-change metal backbone for switchable rigidity. The material is constructed of an elastomer with a cut pattern (a process similar to origami that employs cuts instead of folds) that dictates what shape the elastomer deforms into. A flexible heating element is sandwiched between the elastomer sheet and a skeleton built of a metal alloy that melts at 62 °C. The sheet deforms when the skeleton is heated to the point of liquification, and then it freezes when the skeleton cools.

If a large amount of force is given all at once, the material can transition significantly faster, stretching both the elastomer and the metal skeleton without breaking them and causing them to lock in place once the force is removed. The heating restores normalcy (albeit more slowly), but by incorporating a pneumatically activated membrane within the material, compressed air can be introduced and the material can rapidly “pop” into shape in a fraction of a second. The researchers accomplished this using a small freight-carrying submarine with a cargo scoop that can transform from flat to curvy:

The second paper, “Shake and Take: Fast Transformation of an Origami Gripper,” was published in IEEE Transactions on Robotics by researchers from Northeastern University in Boston (including Sam Felton, whose work on origami robots we’ve previously covered). It features a gripper design that can be shaken into three different grabbing kinds, thanks to origami fingers that are stable in a variety of configurations:

The fingers are underactuated, with a single motor at the base of each actuating a folding or unfolding motion. The transformation between a pinch, a wrap, and a neutral (straight) grasp is sequential, driven by a carefully controlled shake of the gripper that causes some of the origami folds of the fingers to snap from a “mountain” fold to a “valley” fold, changing how the finger behaves kinematically. It takes just the right amount of force to do this so that the right folds are switched: In particular, the transition at the end of the video where two of the fingers go from wrap mode to pinch mode requires one shake at a peak velocity of about 1 meter per second followed by a rotation and a second shake at a peak velocity of about 0.3 m/s.

The cool thing about this gripper, like the shape-shifting kirigami material in the first paper, is the combination of flexibility and rigidity that allows it to usefully deform when needed while still being able to forcefully interact with the world around it in a predictable and controllable manner. Shape-shifting robots appear to be better suited for relatively specialised niche applications than traditional robotics, but within such niches, they may be more efficient and adaptable than traditional robotics. 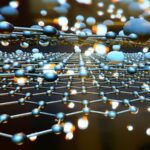 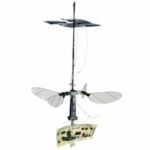