According to VentureBeat’s GamesBeat, Sony’s PlayStation Game Pass competitor will feature three tiers that will cost $10, $13, and $16 per month. The all-in-one game subscription service codenamed Spartacus was initially reported on by Bloomberg in December. Spartacus, according to the materials seen by the newspaper, would combine the benefits of PlayStation Now and PlayStation Plus, and would most likely be accessible for the PS4 and PS5. This new report provides more information about the service and what each tier entails.
The Spartacus categories will apparently be called Essential, Extra, and Premium, with the first being PlayStation Plus in its current form.

It will still cost $10 a month, and you will have access to new titles to add to your library. Meanwhile, the Extra tier will set you back $13 and provide you access to both the monthly games and a game library with hundreds of previous titles to download. It’s possible that its catalog is the same as PS Nows.

Finally, the Premium tier will set you back $16 a month and will include all the aforementioned perks, along with access to PS Now’s streaming capabilities and a library of classic games. In addition, it will give you access to a feature called “game trials” that will let you download and start playing new PS games before their release. If it’s similar to EA’s game trials, then you can only play a title before its official launch for a set number of hours.

It’s unknown at this time whether Sony will add new first-party exclusives to the service when it launches. President and CEO of Sony Interactive Entertainment Jim Ryan previously stated that putting new titles that cost hundreds of millions of dollars to develop in a subscription service was unsustainable. Since then, Microsoft has acquired Bethesda and is currently in the process of acquiring Activision Blizzard. Both creators’ games will be added to the Xbox Game Pass, so Sony will have to find of ways to make Spartacus a more appealing alternative.

Spartacus is set to begin testing in the coming weeks, according to reports. According to GamesBeat, Microsoft may also announce the details of the subscription service in March. 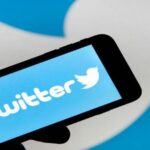 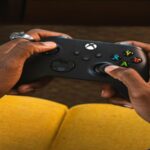