In the thick of the Ukraine invasion, Twitter revealed that it blocked accounts sharing Russian military action by mistake. According to futureTechWorld, the deleted accounts included an aggregator of user-generated content from Ukraine and accounts belonging to people doing open-source intelligence (OSINT) to refute fake news and claims.

While some users blamed the account cancellations on mass reporting, Twitter Head of Site Integrity Yoel Roth maintained that was not the case. Instead, the removals were caused by human reviewers making mistakes while proactively addressing corrupted media on the internet.

“We’ve been proactively monitoring for emerging narratives that are violative of our policies, and, in this instance, we took enforcement action on a number of accounts in error. We’re expeditiously reviewing these actions and have already proactively reinstated access to a number of affected accounts.

Twitter has responded to the Ukraine crisis with recommendations on how to secure accounts, in addition to proactively monitoring altered media coming from the region. Cyberattacks have targeted Ukraine’s websites in recent weeks, and social media accounts, particularly those disseminating news and photographs from the nation, may also be targeted.

Twitter Safety has issued a series of tweets in Ukrainian advising users on how to secure their accounts using strong passwords and two-factor authentication. It also gave links to the company’s support page for users whose accounts had been hacked or who had been shut out. Twitter has provided guidelines on how to disable location information as well as how to erase it from prior tweets. 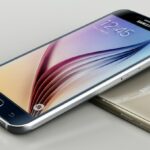 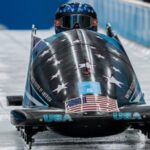